He questioned how it would be possible for health practitioners to reach entire impacted populations within 48 hours when socioeconomic barriers, fear, and distrust of government exist in communities.

This is the most controversial post I have ever written in ten years of blogging. I wrote it because I was very angry at a specific incident. Not meant as a criticism of feminism, so much as of a certain way of operationalizing feminism.

A few days ago, in response to a discussion of sexual harassment at MIT, Aaronson reluctantly opened up about his experience as a young man: I was terrified that one of my female classmates would somehow find out that I sexually desired her, and that the instant she did, I would be scorned, laughed at, called a creep and a weirdo, maybe even expelled from school or sent to prison.

You can call that my personal psychological problem if you want, but it was strongly reinforced by everything I picked up from my environment: I left each of those workshops with enough fresh paranoia and self-hatred to last me through another year.

Of course, I was smart enough to realize that maybe this was silly, maybe I was overanalyzing things. So I scoured the feminist literature for any statement to the effect that my fears were as silly as I hoped they were. As Bertrand Russell wrote of his own adolescence: In a different social context—for example, that of my great-grandparents in the shtetl—I would have gotten married at an early age and been completely fine.

That I managed to climb out of the pit with my feminist beliefs mostly intact, you might call a triumph of abstract reason over experience. Guy opens up for the first time about how he was so terrified of accidentally hurting women that he became suicidal and tried to get himself castrated.

The feminist blogosphere, as always, responded completely proportionally. Amanda Marcotte, want to give us a representative sample? The eternal struggle of the sexist: Objective reality suggests that women are people, but the heart wants to believe they are a robot army put here for sexual service and housework.

This would usually be the point where I state for the record that I believe very strongly that all women are human beings. Anyway, Marcotte was bad enough, given that she runs one of the most-read feminist blogs on the Internet.

But there was one small ray of hope. On further reflection, Other Friend has a point. But I did feel like it treated him like a human being, which is rare and wonderful.

Luckily, this is a post about Scott Aaronson, so things that become exponentially more complicated fit the theme perfectly.

It is a real shame that Aaronson picked up Andrea Dworkin rather than any of the many feminist theorists and writers who manage to combine raw rage with refusal to resort to sexual shame as an instructive tool.

Weaponised shame — male, female or other — has no place in any feminism I subscribe to. I live in a world where feminists throwing weaponized shame at nerds is an obvious and inescapable part of daily life.Review Board. To better understand the process we use when choosing speakers, let’s first start with the Review Board.

Our Review Board consists of individuals who have years of experience in research, industry, presenting, and DEF CON culture. Bridging the Gap: Parts 2, 3 and 4 explore how professional development offered by school districts compares to the ESSA definition of effective professional development, and identifies exemplary practices from which to learn and emulate.

Class Size Reduction Research. A somewhat shorter version of this bibliography can be downloaded here.. Jump to: Smaller classes, higher achievement and narrowing the opportunity gap. 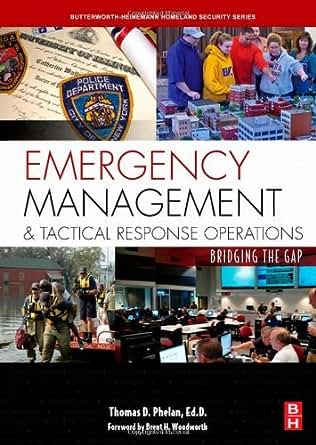 Bill McBeath speaks at XChain 2: Blockchain for Supply Chain and Logistics Forum. In modern terminology this is called Close Support Bridging, designed to operate in the direct and indirect fire zone i.e. under fire. It is important to note that in many conflicts conventional equipment bridging equipment has and is used under fire but dedicated assault bridging equipment really came into being in response to the needs of the tank.

BRIDGING THE GAP OF GRIEF 5 A number of forces can make the Gap of Grief more treacherous for organizations. The demands of interoperability and availability, along with consumers’ and organizations’ appetites for modernization and innovation, can present constant challenges.